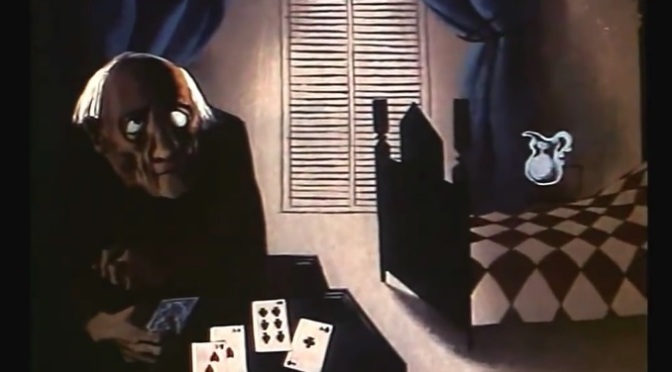 The Tell-Tale Heart is a 1953 American animated short film directed by Ted Parmelee and narrated by James Mason. The screenplay by Bill Scott and Fred Grable is based on the 1843 short story by Edgar Allan Poe.

Produced at:  United Productions of America 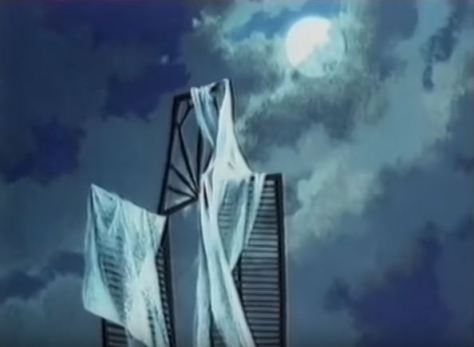 The plot focuses on a murderer whose increasing guilt leads him to believe he can hear his victim’s heart still beating beneath the floorboards where he buried him. Seen through the eyes of the nameless narrator, the surrealistic images in the film help convey his descent into madness.

Paul Julian served as both designer and color artist for film, and Pat Matthews was the principal animator.

In May 1953, pre-production started on The Tell-Tale Heart, which originally was intended to be a 3-D film. It is not known if the film was animated in this fashion, but it was not released in 3D. There is no reference to 3D in a technical trade review.