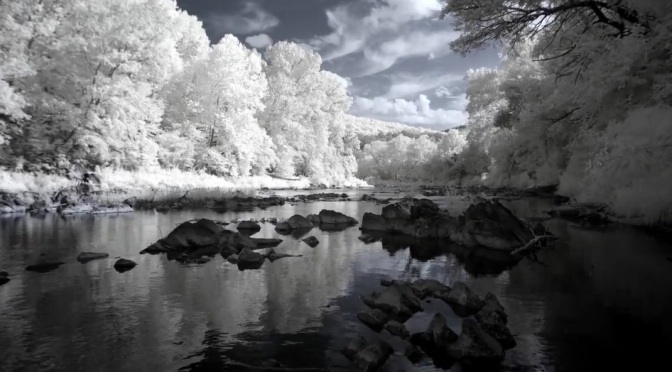 “Movements In Red” is a cinematic infrared time-lapse short film featuring an original music score by Sam Folkes directed by Andrew Shurtleff.  It was one of the first moving infrared timelapse movies.

“This movie was a personal project culminated from years of shooting IR stills and never really being satisfied with the results. Shot primarily in Albemarle County, Virginia, the movie was captured using a Canon 5D mark II converted with a 720nm IR filter over the sensor. The sensor filter allows normal camera operation but shoots only IR images. I used a rail from Dynamic Perception to create the moving images and processed everything in Adode Premiere/After Effects.