Produced, Filmed and Edited by: Alex Nail and Guy Richardson 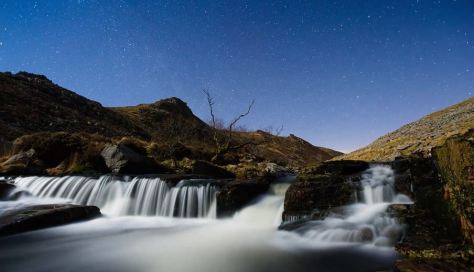 “Dartmoor Timelapse is collaboration between landscape photographers alexnail.com and guy-richardson.com to bring Dartmoor National Park to life through the medium of timelapse photography. This year long project ran from March 2013 to March 2014 with the goal of capturing the changing face of Dartmoor through the seasons. With an expert knowledge of the moor and years of photographic experience, Alex and Guy were able to reveal the landscape at its most spectacular.

This 7 minute short film takes the viewer on a journey through the seasons covering Dartmoor’s most iconic tors, villages, rivers, woodland and prehistoric sites. The film is comprised of over 13,000 images selected from over 30,000 stills and represents many hundreds of hours out on the moor and in post-production. The longest night sequences are captured over a 3 hour period whilst the shortest sequence lasted just 6 minutes. The result is a captivating film of Dartmoor’s magical landscape.”