JISEI is an experimental short film that follows the recollection of one’s memories as they experience death.

“It starts with a journey.
Imagine a film that captures every instant
And for each frame, a memory.” 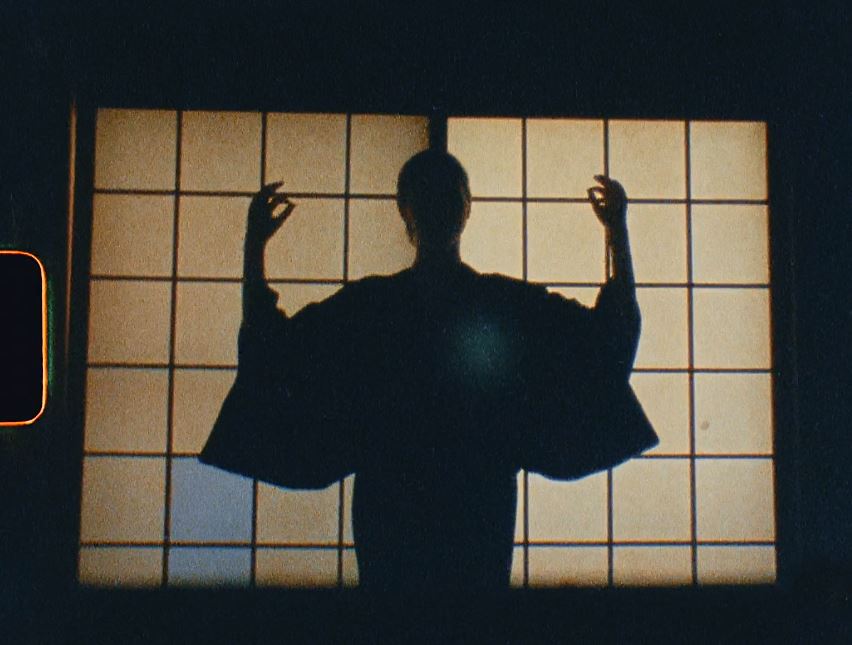 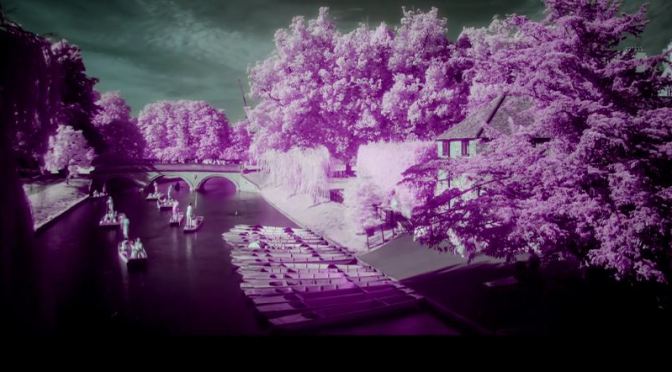 “Believing Is Seeing” is a Cinematic Poem Short Film Directed By Alex Allen.

Written and Narrated by: Ellie Chan

“An abstract film made with two PHD students from St. Catherine’s College, Cambridge university. Marcus was involved in the construction and operates the worlds most powerful microscope. Ellie is an Art Historian, her studies include Medical Diagrams of the past.

The film is about the necessity for visual reference in Science, whilst exploring the paradoxic sense of isolation which often occurs when working in science- the biggest collaboration on earth.” 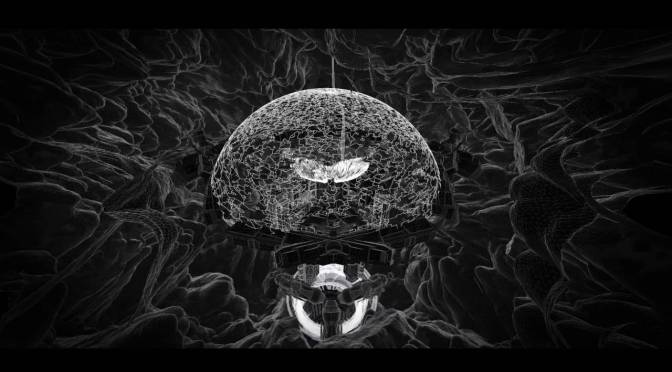 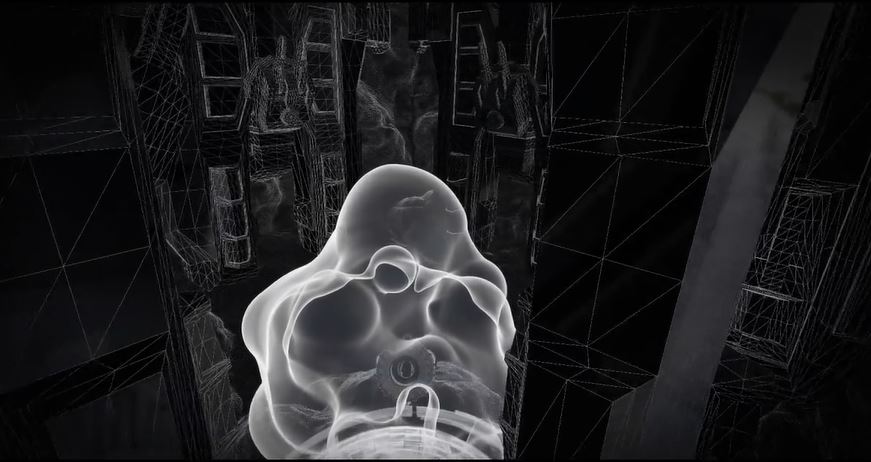 “Aleph, found in the woods of Vienna, is a point in a space which contains all the points of universe, where all the universe can be observed without distortion or confusion. Animated film based on the short story by Jorge Luis Borges.”
.
Excerpts from “The Aleph” by Jorge Luis Borges
.
“On the back part of the step, toward the right, I saw a small iridescent sphere of almost 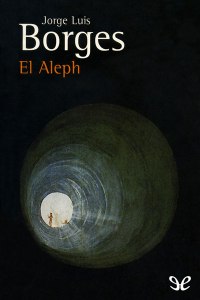 unbearable brilliance. At first I thought it was revolving; then I realized that this movement was an illusion created by the dizzying world it bounded. The Aleph’s diameter was probably little more than an inch, but all space was there, actual and undiminished. Each thing (a mirror’s face, let us say) was infinite things, since I distinctly saw it from every angle of the universe. I saw the teeming sea; I saw daybreak and nightfall; I saw the multitudes of America; I saw a silvery cobweb in the center of a black pyramid; I saw a splintered labyrinth (it was London); I saw, close up, unending eyes watching themselves in me as in a mirror; I saw all the mirrors on earth and none of them reflected me;
.
I saw the rotted dust and bones that had once deliciously been Beatriz Viterbo; I saw the circulation of my own dark blood; I saw the coupling of love and the modification of death; I saw the Aleph from every point and angle, and in the Aleph I saw the earth and in the earth the Aleph and in the Aleph the earth; I saw my own face and my own bowels; I saw your face; and I felt dizzy and wept, for my eyes had seen that secret and conjectured object whose name is common to all men but which no man has looked upon — the unimaginable universe.” 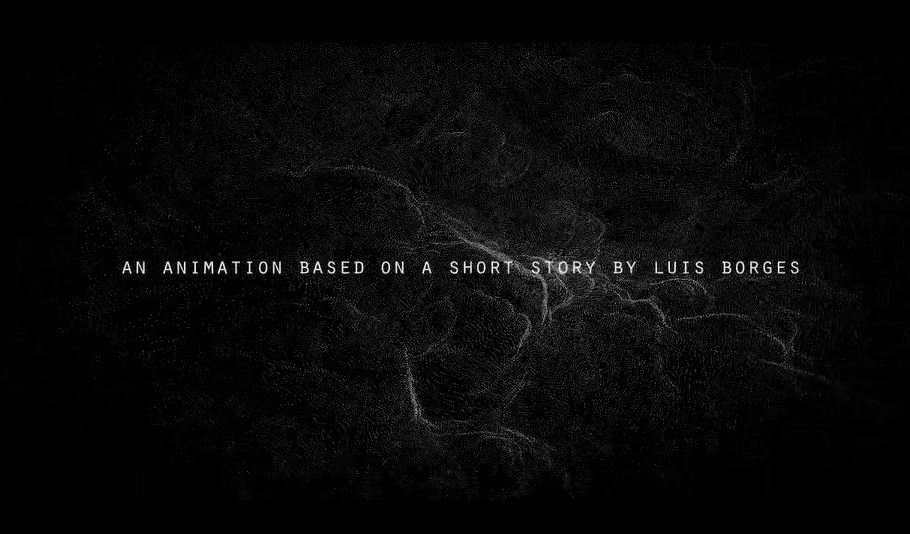 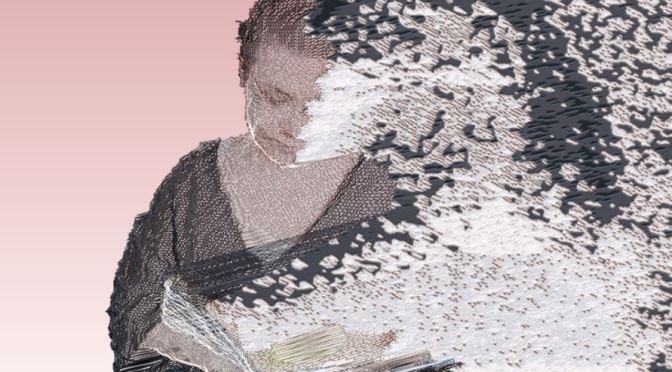 “The Waves” is an Cinematic Poem Experimental Short Film of a 1931 Novel by Virginia Woolf Directed by Marta Di Francesco. 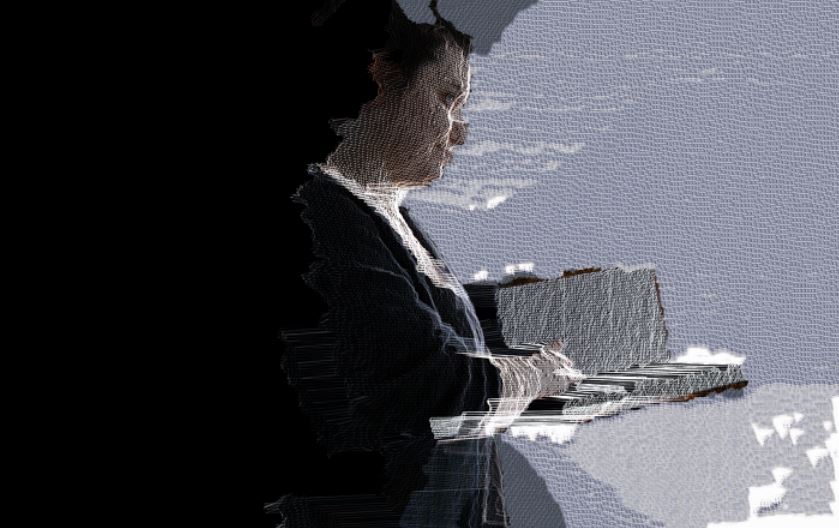 “The piece is inspired by and quotes lines from Virginia Woolf’s “The Waves” (1931).

The film has been created using DepthKit, an open source toolkit together with an automated process to add generative textures to each individual frame.

I am interested in the implication of the digital process on identity and its fragmentation, exploring and questioning it through digital bleed and time displacement, and especially through the sculptural quality of time in Kinect 3D aesthetics.

The Waves by Virginia Woolf is the inspiration for this piece due to its theme of identity. It is a poetic novel that revolves around the theme of identity’s continuous flow, its ‘stream of consciousness’, its inner dialogues and multiple conversational syntax. It felt relevant to me in this moment in my life, in a time of uncertainty that leaves us all looking for our identity, weaving it in an effort to create solidity and balance, and escape the insecurity of the void. The process of sewing it together is a search for a feeling of stability, which it is inevitably temporary, like the shimmering crest of the waves in the sun.”

Excerpts from “The Waves” by Virginia Woolf (1931)

“I do not know myself sometimes, or how to measure and name and count the grains that make me what I am.

The waves broke and spread their waters swiftly over the shore. One after another they massed themselves and fell; the spray tossed itself back with the energy of their fall. The waves were steeped deep-blue save for a pattern of diamond-pointed light on their backs which rippled as the backs of great horses ripple with muscles as they move. The waves fell; withdrew and fell again, like the thud of a great beast stamping.”

Article on “The Waves” in The Creators Project:

“The Weight Of History” is a Cinematic Poem Short Film Featuring “History” by Poet Robert Lowell Directed by Ben Jacks.

“This experimental short was filmed in Florence, Italy. While traveling on honeymoon with my wife I was humbled by the abundance of historical artwork, architecture, and the religious presence within this city. There is a dark beauty there that is leveling to witness.

What I hope to represent, is the humility experienced in the presence of such environments and our place within history. Our smallness in time, contrasting to the beauty of what we can create, that stands witness so many years after.”

History has to live with what was here,
clutching and close to fumbling all we had–
it is so dull and gruesome how we die,
unlike writing, life never finishes.
Abel was finished; death is not remote,
a flash-in-the-pan electrifies the skeptic,
his cows crowding like skulls against high-voltage wire,
his baby crying all night like a new machine.
As in our Bibles, white-faced, predatory,
the beautiful, mist-drunken hunter’s moon ascends–
a child could give it a face: two holes, two holes,
my eyes, my mouth, between them a skull’s no-nose–
O there’s a terrifying innocence in my face
drenched with the silver salvage of the morn frost. 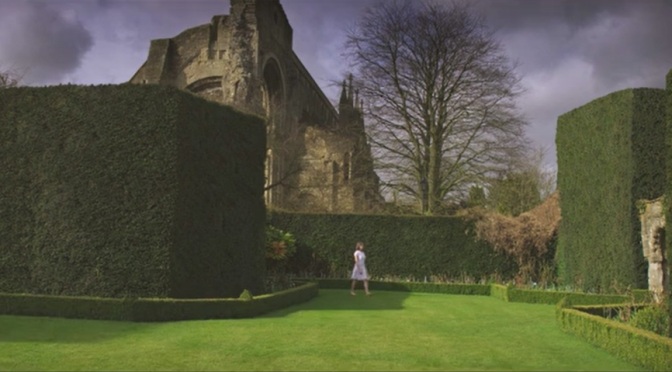 The Garden is an experimental short film exploring the dark nature of an English garden. Inspired by the paintings of English Ruralist painter David Inshaw, a dreamlike narrative unfolds as we watch a girl explore a garden that is not all that it first seems.

Pianoworks 13 is a short movie, which combines live action and motion design. Over an original soundtrack played by Polerik Rouviere, four dancers perform different styles (break dance, new style, popping). The film illustrates the link between body, instrument and instrumentalist. The moves give birth to a sort of calligraphic language which is a representation of the moves themselves.

From the album ” Construct ” by Oxyde Noir.

Filmed and Directed by:   Thomas Freundlich

“If the dull substance of my flesh were thought,
Injurious distance should not stop my way;
For then despite of space I would be brought,
From limits far remote where thou dost stay.
No matter then although my foot did stand
Upon the farthest earth removed from thee;
For nimble thought can jump both sea and land
As soon as think the place where he would be.
But ah! thought kills me that I am not thought,
To leap large lengths of miles when thou art gone,
But that so much of earth and water wrought
I must attend time’s leisure with my moan,
Receiving nought by elements so slow
But heavy tears, badges of either’s woe.”