“The Finest Of The Breed” is a Cinematic Poem Short Film of a Charles Bukowski Poem Directed By Ricardo Serrano.

“After a long week of work, a woman is heading to her favourite Pub by herself, where she will have her Friday shot.”

“The Finest Of The Breed” by Charles Bukowski

there’s nothing to discuss
there’s nothing to remember
there’s nothing to forget
it’s sad and it’s not sad
seems the most sensible thing a person can do
is sit with a drink in hand
as the walls wave their goodbye smiles
one comes through it all
with a certain amount of
efficiency and bravery
then leaves
some accept the possibility of God to help them get through
others take it staight on
and to these
I drink tonight.

“This Poetry Animation is a representation of Hart Crane’s iconic ‘Proem’ from his epic work ‘The Bridge’. Suzie Hanna animated the film using hand cut stencils imitating some graphic aspects of contemporaneous 1920s New York artists who were in Hart Crane’s coterie, such as Joseph Stella and Marsden Hartley. She also referenced Vorticism to capture vertiginous aspects of the verse. The voice of Tennessee Williams, who was an ardent admirer of Crane, is taken from a 1960 recording. Tom Simmons has built this into a resonant dramatic soundscape which interprets the materiality of the bridge, the surrounding land and waterscape and the ‘prayerful’ qualities of the Proem. He embeds sonic references to Hart Crane’s ‘shamanic process’ in which the poet played records on his Victrola, including Ravel’s ‘Bolero’, loudly and repeatedly , whilst drinking heavily and typing phrases in manic bursts. The film is part of ongoing research into representation of poetic metaphor, between Sally Bayley, Tom Simmons and Suzie Hanna: their recent article ‘Thinking Metaphorically and Allegorically: A Conversation between the fields of Poetry, Animation and Sound’ was published in Autumn 2013 in the Journal of American Studies. A further installment has been commissioned for publication in Spring 2014.”

“The Bridge: To Brooklyn Bridge” by Hart Crane

How many dawns, chill from his rippling rest

The seagull’s wings shall dip and pivot him,

Over the chained bay waters Liberty—

Then, with inviolate curve, forsake our eyes

As apparitional as sails that cross

Some page of figures to be filed away;

—Till elevators drop us from our day …

I think of cinemas, panoramic sleights

With multitudes bent toward some flashing scene

Never disclosed, but hastened to again,

Foretold to other eyes on the same screen;

And Thee, across the harbor, silver paced

As though the sun took step of thee yet left

Some motion ever unspent in thy stride,—

Out of some subway scuttle, cell or loft

A bedlamite speeds to thy parapets,

A jest falls from the speechless caravan.

Down Wall, from girder into street noon leaks,

A rip-tooth of the sky’s acetylene;

And obscure as that heaven of the Jews,

Thy guerdon … Accolade thou dost bestow

O harp and altar, of the fury fused,

(How could mere toil align thy choiring strings!)

Terrific threshold of the prophet’s pledge,

Prayer of pariah, and the lover’s cry,

Again the traffic lights that skim thy swift

And we have seen night lifted in thine arms.

Under thy shadow by the piers I waited

Only in darkness is thy shadow clear.

The City’s fiery parcels all undone,

O Sleepless as the river under thee,

Unto us lowliest sometime sweep, descend

And of the curveship lend a myth to God. 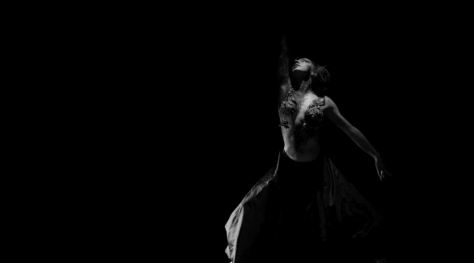 “The first exoplanet was discovered in 1992 by Prof. Aleksander Wolszczan.

Whatever you imagined, might take place on one of them.

Light combines imagery of an alien planet with dance performance interwoven in a minimalistic narrative form to convey the notion of light as a primary origin of all life in the Universe.”

“Heart Of A Dog” is a Cinematic Poem Short Film Trailer Directed By Laurie Anderson.

“Musician/performance artist Laurie Anderson has created a remarkable new film: a wry, wondrous and haunting cinematic journey through love, death and language. Centering on her beloved rat terrier Lolabelle, who died in 2011, Anderson composes a personal essay weaving together childhood memories, philosophical musings on data collection, contemporary surveillance culture and the Buddhist conception of the afterlife, as well as heartfelt tributes to the artists and thinkers who inspire her. Fusing her own witty narration with original violin compositions, hand-drawn animation and artwork, she creates a hypnotic collage of visual language out of her life and art, examining how stories are constructed and told, and how we use them to make sense of our lives.”

“Projections In The Forest” is a Cinematic Creative Short Film Directed and Produced By Friedrich Van Schoor & Tarek Mawad.

“The projection mapping “bioluminescent forest” is made by artists Friedrich van Schoor and Tarek Mawad.

The artists spent six weeks in the forest fascinated by the silence and natural occurrences in nature, especially the phenomenon “bioluminescence”. They personified the forest to accentuate the natural beauty by creating luring luminescent plants and glowing magical mushrooms that speaks volumes to any visitor that enters the minds of the artists through viewing “bioluminescent forest”. 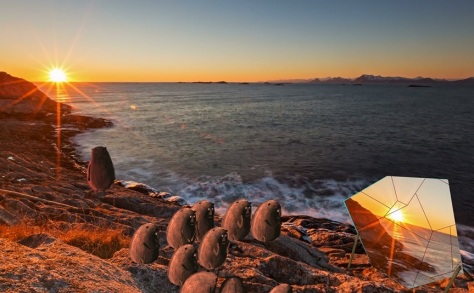 “An experiment to combine traditional animation and timelapse photography to tell a story.  Living in the modern world we are too busy with our daily routines and addicted to technologies that sometimes we forget that the real beauty of this world is right in front of our eyes.”