“Wilderness” is a Cinematic Poem Short Film in the Scottish Highlands Featuring Writings of John Muir Directed By Temujin Doran.

.
“This short film is based on the writings of naturalist, author and environmental philosopher John Muir. It is a an ode to wilderness, and was filmed in the Scottish Highlands.”
.

.
Excerpts from “The Story of My Boyhood and Youth”
by John Muir
.
“WHEN I was a boy in Scotland I was fond of everything that was wild, and all my life I’ve been growing fonder and fonder of wild places and wild creatures. Fortunately around my native town of Dunbar, by the stormy North Sea, there was no lack of wildness, though most of the land lay in smooth cultivation, With red-blooded playmates, wild as myself, I loved to wander in the fields to hear the birds sing, and along the seashore to gaze and wonder at the shells and seaweeds, eels and crabs in the pools among the rocks when the tide was low; and best of all to watch the waves in awful storms thundering on the black headlands and craggy ruins of the old Dunbar Castle when the sea and the sky, the waves and the clouds, were mingled together as one. We never thought of playing truant, but after I was five or six years old I ran away to the seashore or the fields most every Saturday, and every day in the school vacations except Sundays, though solemnly warned that I must play at home in the garden and back yard, lest I should learn to think bad thoughts and say bad words. All in vain. In spite of the sure sore punishments that followed like shadows, the natural inherited wildness in our blood ran true on its glorious course as invincible and unstoppable as stars.” 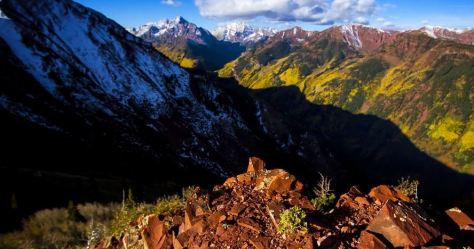 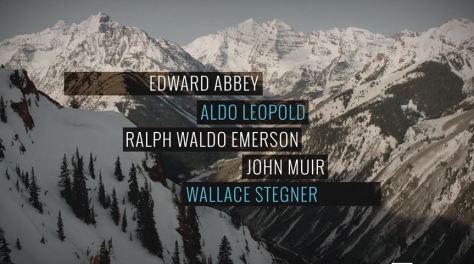 “Happy 50th Wilderness Act – In 50 years how you have grown: From Nine to 110 million acres. Thanks to the visionaries who saved some wild country.”