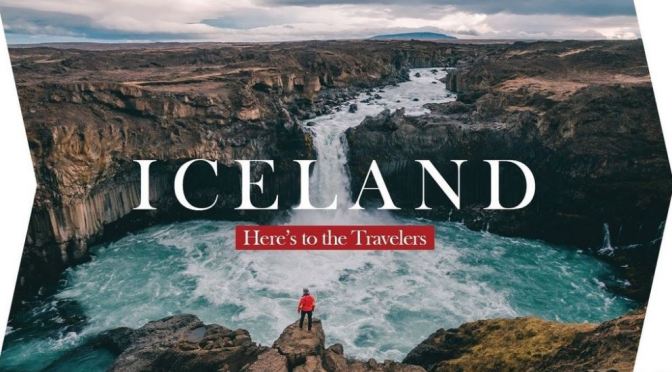 “ICELAND – Here’s To The Travelers” is a Cinematic Poem Travel Short Film Directed By Tobi Schnorpfeil.

Orginal Music by: Jan Metan
Written by: Will Doer

“A cinematic video showing our epic journey on the Iceland ring road.

Iceland has always been one of my dream destinations! Its rugged terrain, massive waterfalls and arctic flair have always been famous for being highly photogenic. There is something wild about this island and I tried to capture it in this film. Together with some friends we rented cars and planned to make the ring road in about 2 weeks which is not a lot of time. A major highlight of the trip was being able to see some intense polar lights!” 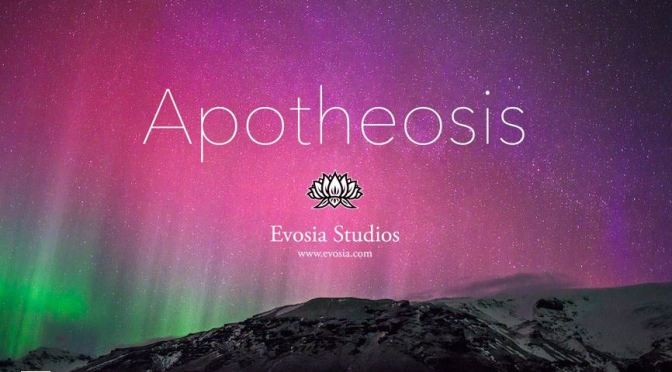 “Apotheosis” is a Cinematic Time-Lapse Short Film Of A Solar Storm In Iceland By Henry Jun Wah Lee. 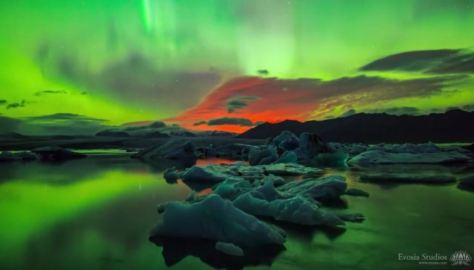 “The past year I have been filming the Northern Lights in Iceland during the Solar Maximum — the peak of solar activity that occurs every 10-11 years.

On March 17th, 2015, I was fortunate enough to be at the right place at the right time when the solar storm of the decade hit Earth. The sky was covered with auroras so strong, they were visible at dusk. This continued all night until dawn. In the film you will see rare red, yellow, white, blue and violet purple auroras.

I was also fortunate to get shots of aurora borealis lighting up the sky while the Bárðarbunga volcano was erupting. The orange/red glow you will see in the distance is from the hot lava spewing from the volcano.” 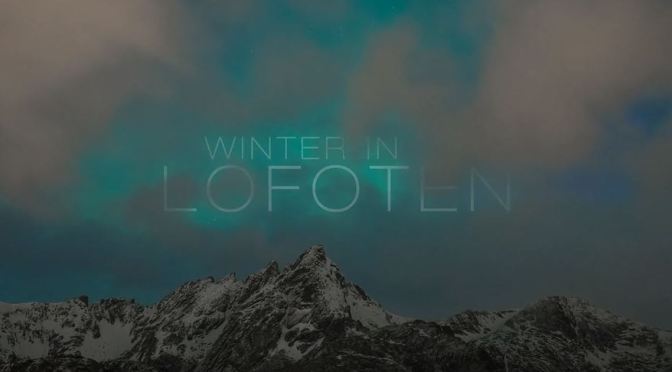 “Winter In Lofoten” is a Cinematic Time-Lapse Short Film In Norway Directed By Tommaso Maiocchi. 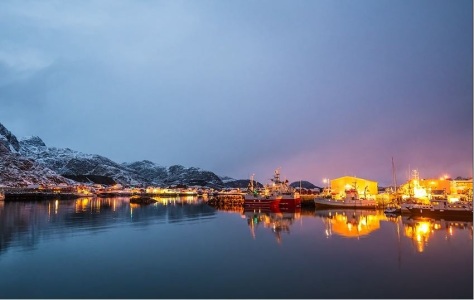 “The sun rises and covers the landscape in a soft pink light. The rugged cliffs cast a long shadow. Winter has the island under control. The snowy mountains tower above the frozen fjords. The streets are empty and just a few tourists are en route. The sun is shining. The turquoise water is glittering in the sun. The day is marked by unpredictable weather changes. Quick rages the snow and the sea is stirred up by the storm. The fishing boats cross the rough sea to catch some codfish, while the already gutted fish hanging to dry on the stockfish racks and wrap the island into a fishy smell. In the evening the island comes to rest. The fishing boats return to the port.
The small towns, with the famous red Rorbuers are brightly lit and tranquility settles in. The sun sets and the sky turns into a dark blue. As night falls in Lofoten, the sky comes to life and you will experience an exceptional spectacle of nature that is hard to put into words. The Northern Lights flicker across the sky and cover the landscape in a green light. For hours they dance in the sky before the sun finds its way over the horizon. A new winter day starts in Lofoten.” 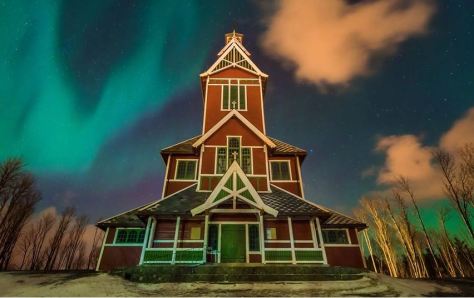 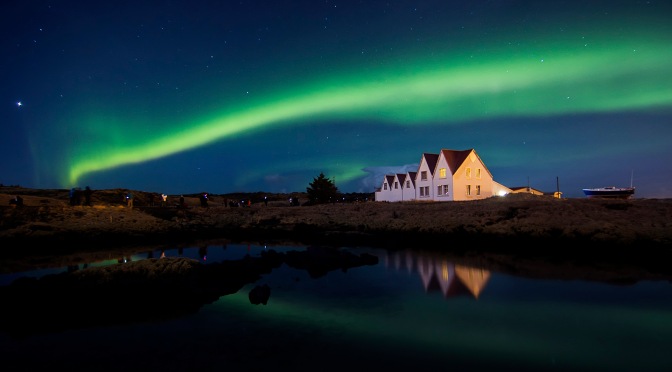 “Ghosts In The Sky” is a Cinematic Time-Lapse Short Film Of Iceland’s Northern Lights Directed By Elisabetta Rosso.

Filmed and Directed by:  Elisabetta Rosso 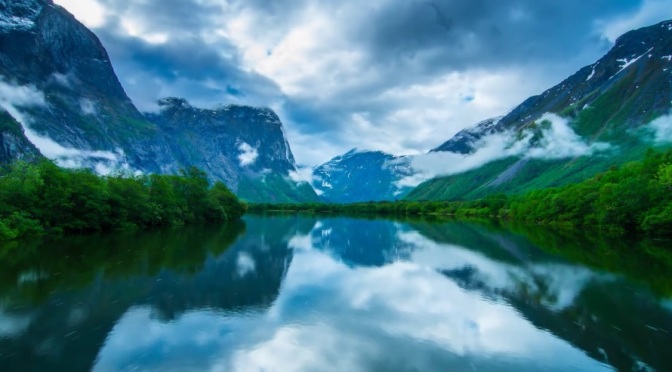 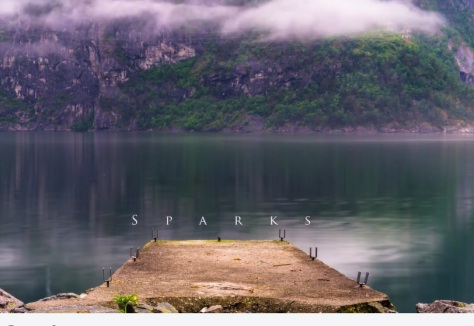 “Video and timelapse shots among fjords,mountains and northern lights in western Norway. ” 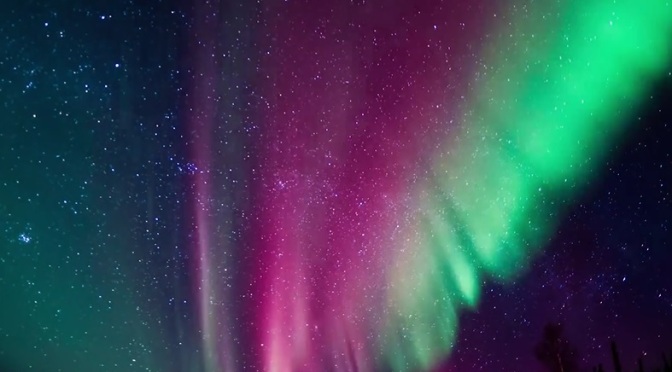 A Time-Lapse Short Film of Northern Lights in Alaska.

Filmed and Produced By:   Alexis Coram

Music Composed By:   James Everingham (“Out of Darkness”)

“There are some things in this world that everyone deserves to experience with their own eyes. I headed to Alaska in February with the hope of catching a glimpse of the Northern Lights with mine. That glimpse turned into an extravaganza…a party in the sky, and I was an onlooker, a face in the crowd…awestruck, mesmerized, feeling like the luckiest girl in the world.

Night after night I was captivated by bright and colorful lights dancing wistfully above me; a graceful representation of the light in my soul. These were enchanted nights like I’ve never experienced. And while my camera captured a play-by-play of the spectacle, I could be found dog sledding through snow-covered forests, relaxing by the fire in a toasty cabin, or simply laying down in the snow and drifting into the dance.

This was the most amazing trip of my life so far…and here it is, summarized in under 3 minutes.