” ‘Avaritia’ is a homage to the classic silent movies of the 1920.  It tells the story of a powerful man trapped in a world of his own choosing. Obsessed by money he has been corrupted by the banking institutions he works for. He is alone and without love, but one day he meets the girl he chooses to be his companion…

A unique blend of stop-motion and live action, ‘Avaritia’ is made up of over 9,000 individual photographs to form a haunting and surreal, but ultimately beautiful depiction of love and greed. Filmed over a two year period and set to a beautiful piano score by composer, Jennifer Austin, ‘Avaritia’ is like nothing you have seen before.

The film is a metaphor for the two opposing worlds of Capitalism and Commercialism.  It shows how these institutions cannot exist together as one entity, but as a couple they need each other to survive.” 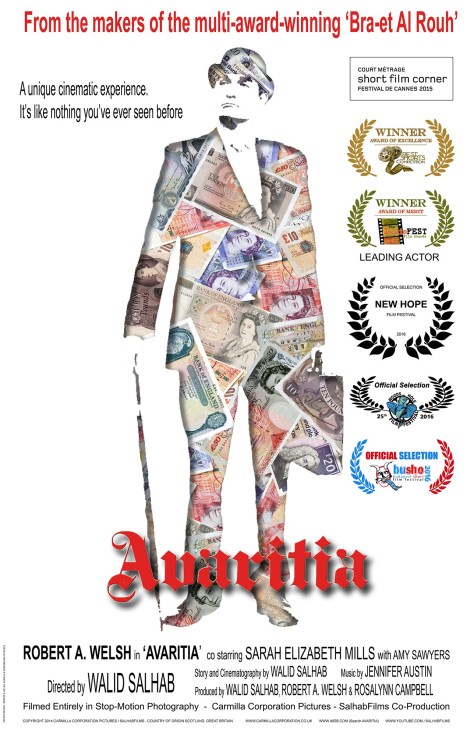