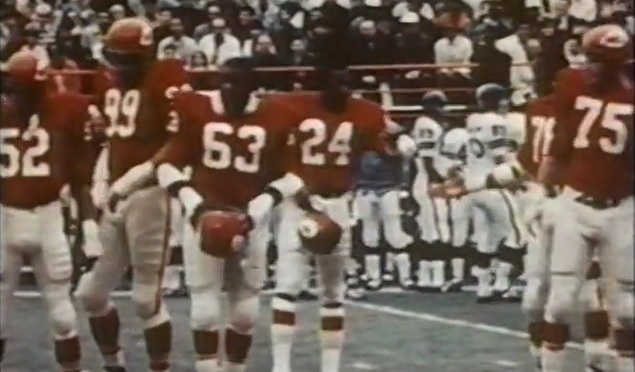 In 1967, Simon Gribben was a film writer/editor for Tel Ra Productions in Philadelphia making syndicated American Football League highlights. He produced “The Raven” as an audition piece for NFL Films, where he was hired.

One of the earliest examples of the origins of Cinematic Poems.

“The KC Chiefs destroyed the Denver Broncos in KC; it reminded me of Edgar Allen Poe’s “The Raven” and so I wrote a parody of the poem as a description of this game. Ed Keane was the Supervising Editor and supported this deviation from the norm and even found some harpsichord music for mood. Announcer Charlie Jones got into the silliness and did a superb read. I cut a minute out of the original to speed up this version but someday would like to return it to its original nuttiness. This is the audition piece I sent to NFL Films and got hired talking about making a Football Ballet, my 1st film for NFL Films.