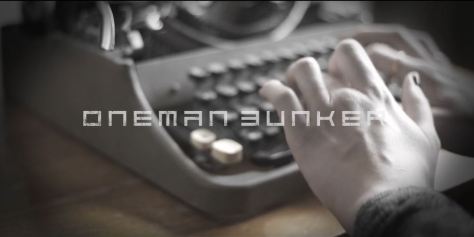 “Aleph, found in the woods of Vienna, is a point in a space which contains all the points of universe, where all the universe can be observed without distortion or confusion. Animated film based on the short story by Jorge Luis Borges.”
.
Excerpts from “The Aleph” by Jorge Luis Borges
.
“On the back part of the step, toward the right, I saw a small iridescent sphere of almost

unbearable brilliance. At first I thought it was revolving; then I realized that this movement was an illusion created by the dizzying world it bounded. The Aleph’s diameter was probably little more than an inch, but all space was there, actual and undiminished. Each thing (a mirror’s face, let us say) was infinite things, since I distinctly saw it from every angle of the universe. I saw the teeming sea; I saw daybreak and nightfall; I saw the multitudes of America; I saw a silvery cobweb in the center of a black pyramid; I saw a splintered labyrinth (it was London); I saw, close up, unending eyes watching themselves in me as in a mirror; I saw all the mirrors on earth and none of them reflected me;
.
I saw the rotted dust and bones that had once deliciously been Beatriz Viterbo; I saw the circulation of my own dark blood; I saw the coupling of love and the modification of death; I saw the Aleph from every point and angle, and in the Aleph I saw the earth and in the earth the Aleph and in the Aleph the earth; I saw my own face and my own bowels; I saw your face; and I felt dizzy and wept, for my eyes had seen that secret and conjectured object whose name is common to all men but which no man has looked upon — the unimaginable universe.”